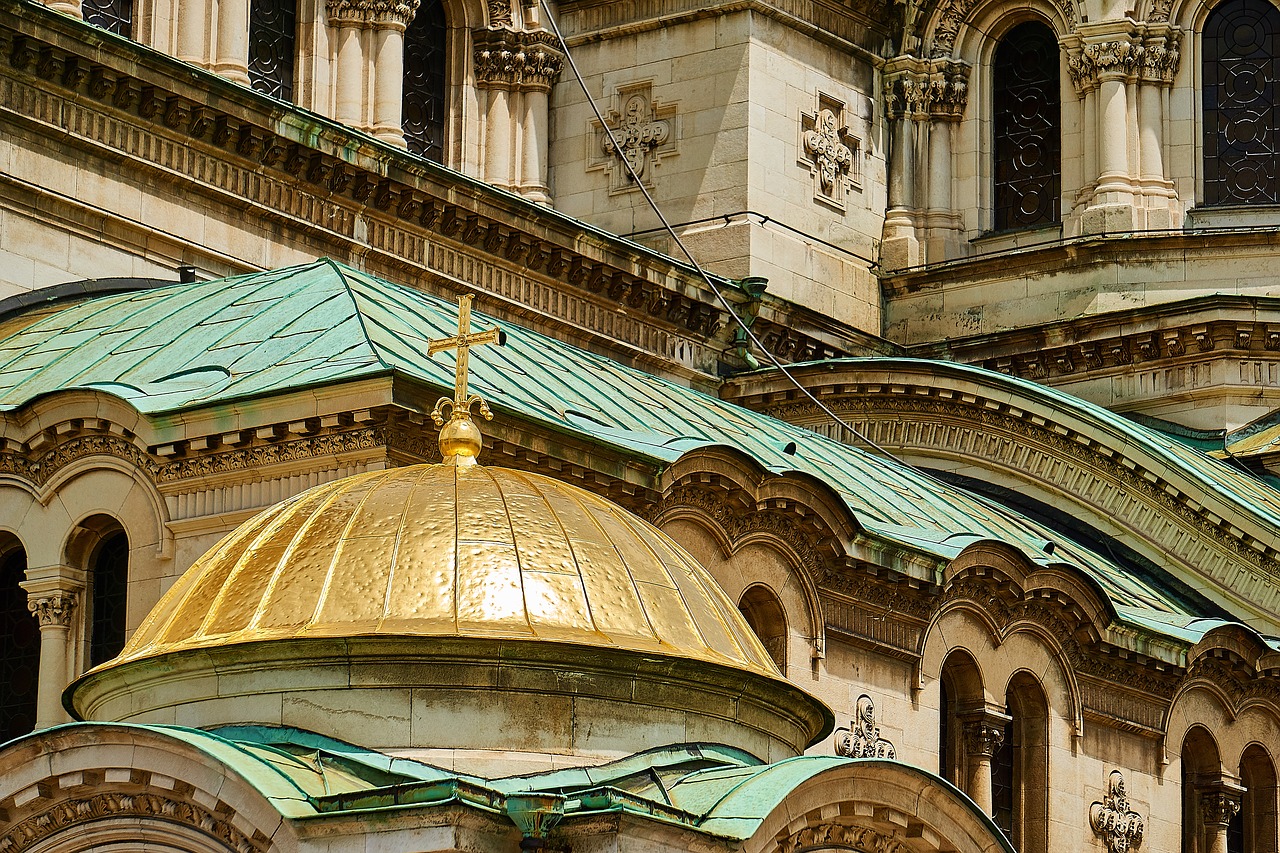 Alternative vibes, hipster coffee bars, and restaurants for almost no money. Museums, festivals and art around the corner. Cheap and quite unknown, AND almost no tourists. With a few coins and a tenner, you will be fine for a weekend in Sofia. Perfect for the beers and backpackers.

We arrived in the evening and we wanted to go out for a meal. Surprised by all the prices, decided to get a three-course meal. The hostel owner recommended ‘Happy’. There are a few locations of Happy. We went to the closest one. It doesn’t really matter which one you go to; the concept is the same in all of them. It is nothing special, cheap food in a nice atmosphere, but nice to start this trip with.

What we couldn’t ignore as soon as we arrived is: yoghurt. You will get it with everything, even in soup. They have this special cold yoghurt soup. It is not delicious, but it is one of the things you need to try while in Sofia. They said there is a special bacterium in the yoghurt which is the reason why the Bulgarian people are becoming some of the oldest in the world.

We did not do it, but we heard from a lot of people about a free food tour you can do. It is called the Free Balkan Bites Food tour. You don’t have to subscribe for this tour. Just show up at the meeting point. The guide will show you special Bulgarian food places, tells you about the history of Bulgarian food and shows you Bulgarian food habits. It is up to you how much you want to pay after you finish the tour.

The Vitosha mountain is definitely worth visiting. You can take a taxi, which will only be half an hour. We walked it from the city centre of Sofia. It took us 2 / 2.5 hours. You can go any moment, but it is also an option to go with the Free Sofia Hiking Tour. We went on this adventure alone, and discovered a beautiful frozen waterfall and viewing point. If you subscribe on the Free Sofia Walking Tour they will sort you a taxi with other travellers. It will be cheaper that way, but less adventurous, I suppose. The walk will end at Boyana Church. The Hiking Tour is (as same as the Free Balkan Bites Food Tour) on gifts. 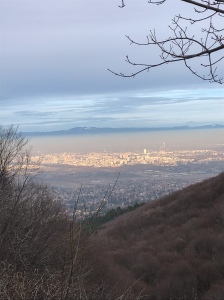 We went to the Vitosha mountain on the first day, excited and ready for adventure. We walked 2.5 hours to the mountain, which was cold but accessible because it was wintertime. I can imagine that summertime would be way too hot. We started off walking with some amazing views. It was slippery and snowing, and some trees collapsed. At some point in the middle of the mountain we met a guy who told us that it was too dangerous to continue. We were disappointed, because we just walked all this way. We continued, wilful as we were. After five minutes of walking we discovered that the man was right, it was too dangerous to continue and we need to go back. On the way back we got lost, of course. No signal on our phones, which reminded me a bit of the moment when we got lost in the jungle of the Cameron Highlands, although we did not need to climb to get back to the street side again. We walked for ages till we found a restaurant. Warmed up and the signals came back on the phones. We decided to come back the day after, to spend new year’s eve in a hotel on this mountain. And the next day again: 4 hours of walking with big backpacks. It is worth it!

Besides beautiful mountains, Sofia has also a lot of beautiful churches. We thought St George Victor Rotunda was the most special one. It is the oldest Romanic building in the city and it is still used as a church. This church and the ruins are surrounded by big stately buildings which gives it a special character.

You can find many bars at Vitosha street. For 1 euro per beer, you can easily afford to do a pub-crawl in this street. It is the main street of Sofia. During the day, you can go and do some shopping here.

We booked the first night at hostel 44. Not all good reviews. We read a lot about mosquito’s, but since it was winter time, we could not imagine mosquitos would be an issue. It was a nice hostel. Quiet in winter time. We slept in a dorm, which became our private room. Don’t know how it will be in summer, but it is a nice hostel in winter time. After that, we had to leave the day after because it was fully booked, we went to hostel Alex. This hostel is located on the other side of the city centre of Sofia. From the first side, it looked dodgy and we did not know where we ended up. In the end it was okay. We can imagine why you would walk away from this place, but for the price you pay, it was okay. The last night we booked at top centre Sofia. This hostel just started, but we could recommend it. Good beds, good rooms and a good place. We have good expectations for this one.

2 thoughts on “Alternative vibes and hipster coffees in Sofia”